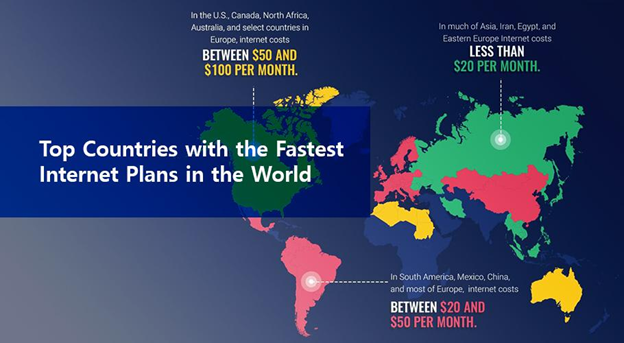 The Internet has become a basic amenity, required for every activity we need to perform these days. Whether it’s shopping a pair of socks, finding a nearby Italian restaurant, streaming on Netflix, connecting with your loved ones over a video call, and literally anything, the internet has been irrevocably intertwined with our lives. We don’t realize this until our connection begins to lag and we have no way to entertain ourselves or connect with anyone, evoking a feeling of frustration and helplessness. The feeling of doom multiplies as you’re traveling or moving abroad, so better stay abreast of the internet connectivity status of some of the countries.

The market for Internet Services is getting more saturated as smaller and newer ISPs are popping up, employing fiber-optic lines to provide Gig download speeds, beating the monopoly of gargantuan Cable companies, who ruled the connectivity and cable entertainment world since the early days of the internet.

Therefore, Internet speeds vary across countries. In fact, the variation in download and upload speeds, lags, and pings can be experienced even in the same country depending on the ISPs and their network infrastructure coverage across areas. Therefore, there may be a steep difference in download speeds in one country, where an Urban area receives 1000 Mbps speeds due to fiber-optic network while the rural areas can only access up to 50 Mbps speed, courtesy of DSL lines in that area. This difference may also impact the average download speed for each country, depending on low and high variations.

So as you assess and compare the fastest plans in multiple countries, keep an eye out for the availability of those plans as per the area in countries. You may also need to consider internet restrictions as they differ across countries; some countries have very strict laws regarding internet usage and maintain surveillance of online activities, block and showcase certain websites, censors content and restricts free speech, ban the use of VPN, and also block social media channels.

So here are some of the top countries with the fastest internet plans in the world:

Taiwan experiences the highest average download speeds in the world, standing at 85.02 megabits per second while its 23,773,876 residents enjoy movie downloads as high as 5GB in just 8 minutes and 2 seconds. The country employs a number of broadband networks, but most are migrating towards fiber services, boosting its average internet speed value. However, the country is a bit strict on web surveillance and also restricts speech as it sees fit.

The country may be small, but its robust economy is backed by an average internet speed of 70.86 Mbps. Mayhap its small landmass contributes to its higher average as it is easier to build and maintain advanced infrastructure such as that of pure fiber-optic (FTTP). The country also indulges in surveillance and restricts the free speech of its residents.

The rise of the tiny European Island, Jersey, from tenth to the third position in a short time is due to its ambitious digital-first agenda, and it strives to become the fastest and best-connected jurisdiction in the world by ensuring accessibility to 100% pure 1GB fiber broadband for every user. The goal is fast accomplishing its fruition as Jersey now delivers average download speeds of 67.46 Mbps. It won’t be long before 5G is ubiquitous in Jersey as the technology is currently under trial in the Island.

The fastest average download speeds in Europe is of 55.18 Mbps, provided by Sweden. The country decided to direct its energies on amplifying its pure fiber network, due to which 60% of Swedish residents and businesses have access to Gigabit download speeds (1000 Mbps).

An average citizen experiences 5GB movie downloads in 12 minutes and 22 seconds. Plus, they enjoy complete autonomy and freedom of speech as the country employs net neutrality policy.

Being on one of the most productive countries in the world, Denmark boasts the second-fastest average internet speeds of 49.19 Mbps, allowing residents to download a 5GB movie in 13 minutes and 53 seconds. The fast internet speeds are back its highly active eSports scenario, giving rise to a substantial number of professional gamers that rely on ultra-fast download speeds and good ping rate. However, the country does exercise online surveillance.

Another Asian country with a higher average internet speed of 42.77 Mbps. Not surprised here as Japan does everything so efficiently and effectively, and its technological advancements are above par as compared to the globe. The residents can easily download a 5GB movie in 15 minutes and 58 seconds. However, their online activities are monitored and there are free speech restrictions too.

Another one of European nations, Luxembourg, known for its cutting-edge investment management center, is quite fond of staying ahead in technological advancements. The country boasts 41.69 megabits per second of average download speeds as its users relish 5GB movie download in 16 minutes and 23 seconds. Residents can enjoy all kinds of internet freedom save for surveillance issues.

Another one of small European nations with a 40.21 Mbps of average download speeds, which allows users to download 5GB in 16 minutes and 59 seconds. Apart from a bit of online surveillance, the country is quite relaxed about net restrictions. The country aims to become a digital frontrunner in Europe, making fixed internet connecting with at least 100 Mbps of speed available to its every citizen by 2023, while simultaneously working on increasing its accessibility of Gigabit internet speeds for the majority of residents.

The country has one of the fastest broadband penetration in the European continent, standing at 38.85 Mbps average download speeds, which downloads 5GB data in 17 minutes and 34 seconds for its 6.8 million users. The country utilizes DSL networks, which have conquered most of its cable connections, to provide internet access to the majority of its residents. Meanwhile, other connectivity options such as fiber optic, satellite, and cable are also available to 3.3 million mobile broadband subscribers.

The country also permits access to its public Wi-Fi network with 1,700 hotspots strategically placed across Switzerland by its two main ISPs, Swisscom and Monzoon. However, you may need to pay an hourly, monthly, or daily fee for the service.

However, its mention was crucial as the U.S. has a highly competitive ISP environment with around 1299 fiber service providers, ranging from small to large enterprises servicing different areas.

Xfinity, AT&T, and Mediacom Internet Service claim the majority of the share in residential fiber network services. Moreover, most of the ISPs including AT&T, Spectrum, and Mediacom have nationwide Wi-Fi hotspots that provide access to the internet in public spaces, provided that you have subscribed to one of their plans.

Low average internet speeds can be attributed to its gigantic landmass, where network coverage is unequal. Urban areas can boast internet speeds as high as 1000 Mbps while some rural areas can only achieve a measly 6 Mbps.

Average internet speeds are changing every year depending on technological developments in each country. If you’re planning to move abroad, better focus on more specific metrics such as locations, ISP availability, broadband type, pricing, and location as well. 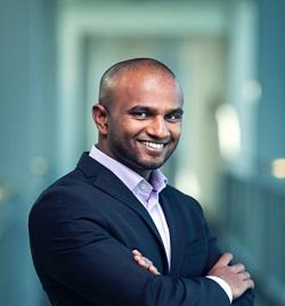 Baldwin Jackson is a successful digital marketer with expertise in search engine optimization and content marketing. The perfect balance of his analytical ability and creative thinking is what sets him apart from other practitioners in the digital marketing realm. He has helped a lot of small and medium-sized businesses in crafting their digital marketing strategies that are not only cost-effective but delivers results as well.

Baldwin is also a proud father of two kids and a Sports enthusiast. When he is not working, you will find him watching ESPN and NFL network. He has been able to get an amazing package on his favorite channels from Buytvinternetphone.com.

Does your Point of Sale Software make you happy?

Can Improving My Mental and Physical Health Help Personal Growth?

How to choose a registered agent in Delaware