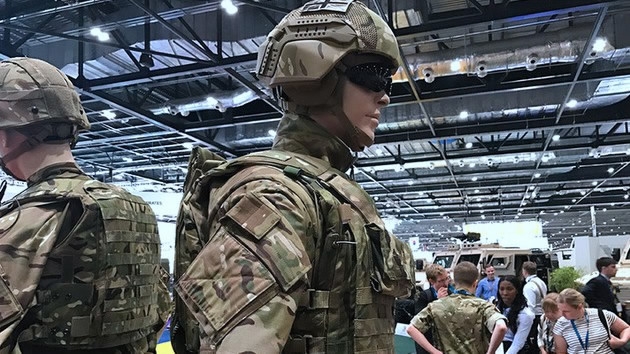 The American military may be an unmatched force in the world today, but that doesn’t mean that the tactics and techniques employed by the U.S. military aren’t built on principles already in place.

The Early Days of the Republic

If you were color blind, you might not even recognize the difference between British and American soldiers in the Revolutionary War. That’s because the uniforms were essentially the same, at least apart from the fact that U.S. soldiers wore blue and the British wore red.

Even as local soldiers started to employ guerilla tactics in American backwaters, they largely stuck to something more similar to the proper and formalized war etiquette from the Continent.

And while blue and red uniforms may have been a suitable means to separate friend from enemy in the midst of warfare for generations, it would be technological advantages that would eventually change the nature of how combat wear was designed.

The early 20th century saw the implementation of firearms that were more accurate than ever before, and the red uniforms that were once the pride of the world became a liability against the risk of snipers and even standard firearms.

The Standardization of Modern Uniforms

The years – and wars – following the Revolution would see America stick to their initial blue uniforms with some minor variations over time, but the 20th century would see the world implementing a whole new set of standards for what to wear into combat.

The “Brodie” helmet – molded out of steel and designed to withstand the rigors of warfare – would be first introduced in 1915. Factories couldn’t keep up production with the risk of war ramping up, and so many units went without proper helmets for some of the most vicious battles of World War I.

This new change in helmets would also signal changes in coloring. By the time of the Mexican-American War, America had traded in their traditional blue uniforms for more situationally appropriate browns. World War I would see another change – as those browns were again traded in for the olive drab that’s since become synonymous with militaries throughout the world, and the United States army in particular.

World War II and Beyond

The uniforms worn by the soldiers of World War II were iconic: so iconic, in fact, that they’ve remained the standard-bearer for decades to come. The M1 combat helmet would be introduced to the military in 1941, and it would continue to be worn by practically every soldier in the field for four decades.

Since then, the standards for what a military uniform is and what it should look like have remained relatively unchanged. And despite the US military leading the world, the changes have been fairly rare and often more iterative than evolutionary.

The PASGT (Personal Armor System for Ground Troops) would eventually come to replace all that gear from World War II in the early 1980s. Built with the demands of more dangerous and accurate firearms, this gear was built with 19 layers of kevlar to minimize ballistic impact.

Arms races have been a defining factor in military might since militaries have existed, but it can be easy to underestimate the advantage that great tactical armor provides to a nation. Whether it’s the development of metal smelting that led to the Bronze Age or the growth of mobile tank systems, having good armor can be a major disadvantage.

And while it may not always be exciting, the United States has been aggressive and conscientious about keeping at the front of the pack. While the thin ribbons, medals, and pomp may not change, the shape of modern combat uniforms is ultimately determined by practical rather than ceremonial considerations.

Should You Wear Your Best Dress for Church?

Birthday Gift Guide for Your BFF

7 Ways to Ensure Success With an Online Education Degree

The concept of moving average in options trading